GANDHINAGAR: The state government has ordered cancellation of all land transactions that took place during the past two years after approval by various districts collectors. Sources said a key reform announced in 2015 and meant to benefit farmers was misinterpreted by the collectors who used it to favour builders, industrialists and various co-operative societies.

Earlier, land given by the government to tenant farmers under the old Tenancy Act — i.e., before the 1915 amendment — could not be sold to non-farmers for non-agricultural purposes. If the law was violated, the government could seize the title of that land without any compensation.

However, to help farmers, the government made a key reform in 2015. The reformed law said that if the land concerned is with any farmer and earlier it was held by some non-farmer for a short duration, the farmer who possesses the land currently can get title to it by paying 10% of the jantri rate.

Several district collectors, however, misinterpreted the law and regularized land transactions worth crores of rupees even if the current possessor of the land was a non-farmer, real estate firm, industry, or any co-operative society. This caused loss of crores of rupees to the state exchequer.

On February 17 this year, the state revenue department issued a written order to collectors of Ahmedabad, Gandhinagar, Kheda and all other districts, to cancel all such revenue entries in the official records made after the 1915 reform. 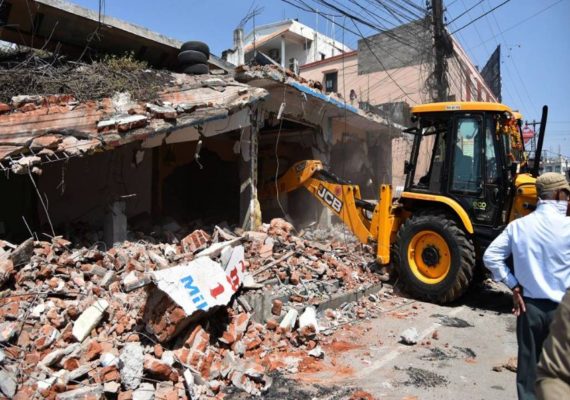